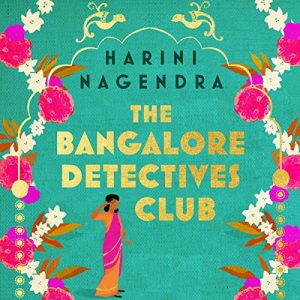 The mystery features Kaveri a newly married young Indian girl who is just getting to know her new husband Dr Ramu, his home and their new life together in the busselling city of Bangalore during English colonial times.  Although Kaveri is very clever and well educated her family were not wealthy or involved with English people.  As the wife of Dr Ramu Kaveri now learns what it’s like to live the life-style of an outsider living in her own country as she and Dr Ramu are invited to socialise as guests of the hospital administration with posh, wealthy English folk at the English Century Club.  While excited about the dinner and impressed by latest fashions of the English women Kaveri feels ill at ease with the colonial attitudes some of the English wives express.  Kaveri feels all is going ok as she looks forward to buying a modern English style swim costume to attend a ladies and children swim party she’s been invited to with the English wives when she feels the need for a break.  Kaveri exits for some peace and the cool air of  the garden when she sees someone she thinks she may recognise in the shadows.  Not long after someone is found stabbed to death and a poor local woman turned prostitute is blamed.  Kaveri is sure the murderer must be someone else so begins her investigation.

I really enjoyed this mystery.  Loved learning about the Indian culture during English colonial times through Kaveri’s eyes, smells and tastes.  It was especially nice to hear the story narrated with a genuine accent. 4 out of 5 stars from me.