Council is committed to revitalising and maintaining the 84-year-old Casino Civic Hall. The locally famous Art Deco hall will return to its former glory as Casino’s performing arts and culture hub.

Further development of Casino Civic Hall will increase opportunities to attract and support art and cultural activities and events in Casino, ensuring the beloved venue remains a central part of Casino’s social life.

Under the NSW Government’s Stronger Country Communities Fund Program, Council received $152,000 to commence Stage One of the revitalisation project in 2018. 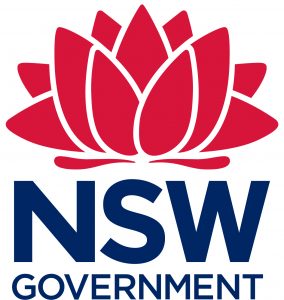 This was completed in February 2019, and included:

Stage One has already received plenty of positive feedback with many event organisers eager to book the facilities for cultural events. 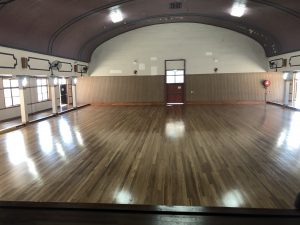 Thanks to a $208,000 funding grant from the NSW Government’s Regional Cultural Fund, Council is now moving forward with Stage Two of the project.

The purpose of the Regional Cultural Fund was to support local communities and to upgrade or develop cultural infrastructure to enable bold and exciting arts and culture that reflects the diversity of regional NSW.

This funding will be used to restore the Casino Civic Hall to its former glory and secure its place at the centre of Casino’s cultural life.

Stage Two upgrades will include:

The Casino Civic Hall was designed by two architect firms prepared by Messer RC Ash and WB Gilbert in 1935. The hall was originally designed to be part of the Council Chambers on Walker Street. The development was to include other buildings such as public offices, administration office, committee room and five shops divided by an arcade. The development was to extend to the rear of the site where a large dance and public hall was to be erected becoming the Civic Hall precinct accessible through Simpsons Lane, however the hall had to be relocated to the current Canterbury Street site to comply with the chief secretary’s regulations regarding the mandatory street frontage. 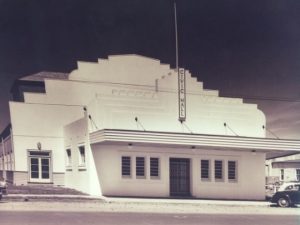 The Casino Civic Hall was built by J Schmitzer in 1937. The building was constructed in the art deco style with outstanding features such as the arch ceiling, modernistic stage, chromium plated section strips used across the ceiling and maple panelling. The seating was arranged in a semi-lodge plan on a raised platform. 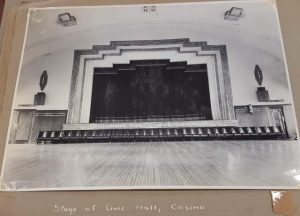 Civic Hall master plan – from 2020 and beyond

Council engaged architects from STEA to prepare a draft restoration master plan for the development of the site, using information complied from community meetings and feedback. The consultant team included the following disciplines;

The draft master plan is scheduled to go to Council for adoption early 2021.