THE nominees for the 2022 Richmond Valley Council Australia Day Awards have been named ahead of the community celebrations on Wednesday 26 January.

Each year we have the opportunity to celebrate the achievements and contributions of our region’s finest – those who lead by example in a variety of fields of endeavour for the benefit our community.

The awards are administered through a nomination program, with a local selection committee determining the winning recipient of each category.

Each nominee will be presented with a certificate at Wednesday’s celebrations.  The nominees for the Richmond Valley Council Australia Day Awards are as follows: 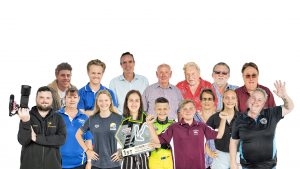 Citizen of the Year (25 years and over)

Young Citizen of the Year (24 years and under)

Volunteer of the Year (25 years and over)

Young Volunteer of the Year (24 years and under)

Sportsperson of the Year (18 years and over)

Young Sportsperson of the Year (17 years and under)

Recipients of these awards will be announced by the Mayor at our official Australia Day celebrations on 26 January 2022 at the Evans Head Surf Club.

These celebrations will get underway from 9am, and include live entertainment, amusement rides, markets, and a citizenship ceremony.