Book review by Sylvia Cooling – A Tree in the House 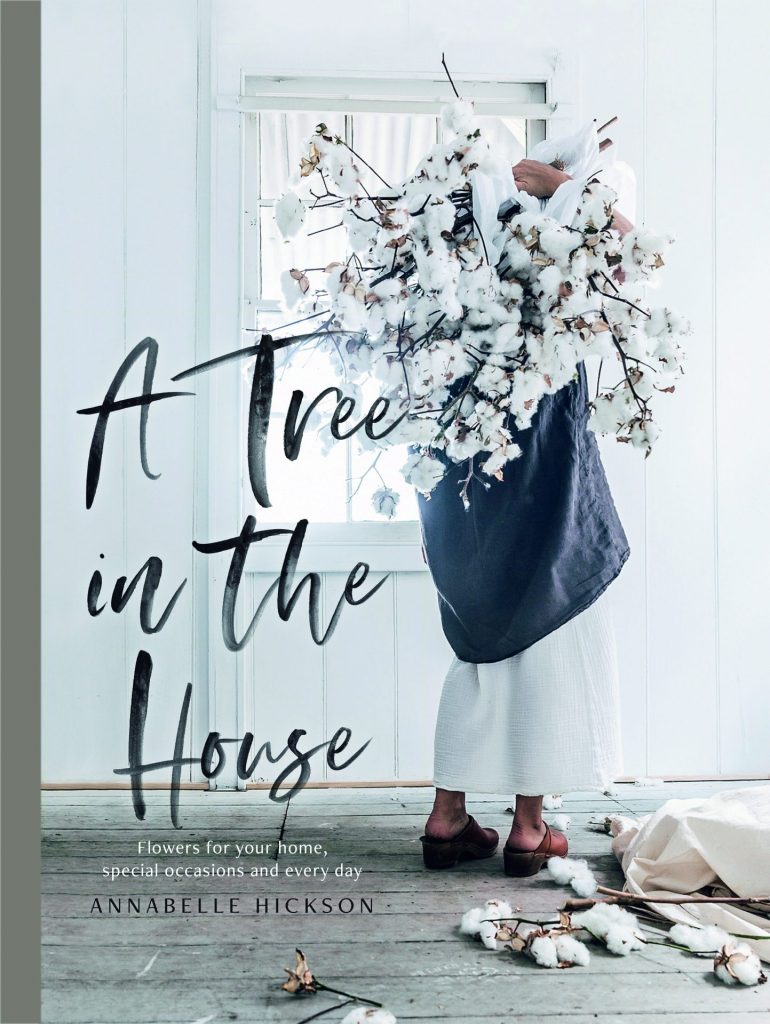 A Tree in the House by Annabelle Hickson

Annabelle Hickson is a writer/photographer/former-city-slicker who grew up in Sydney and actually worked as a journalist at The Australian. She spent a year at The Australian’s Brisbane bureau and was well and truly fired up about a long career in journalism until she fell in love and married a farmer named Ed. They live on a pecan farm in the Dumaresq Valley on the New South Wales-Queensland border with their three children. Annabelle’s debut book A Tree in the House celebrates the art of arranging flowers for celebrations big, small and in-between. It provides stunning ideas and instructions for flower arrangements covering seasonal bouquets, flowers for friends, table and overhead arrangements and flower arrangements for special occasions.  Each arrangement is staged and photographed in different rural homes, gardens and sheds using the beauty of what’s growing wild. Interspersed throughout are snapshots both in words and pictures of rural life and that rustic country aesthetic. Annabelle always keeps a pair of secateurs in the glove box of her car as she finds the most marvellous things grow on the side of the road. She believes that nothing looks better plonked in a vase at home than bendy, naturally grown stems. She also keeps chicken wire on hand to ball up and stuff in a vase or use in a ceiling arrangement. That way she can thread the flower stems through it for greater stability. A Tree in The House celebrates the joy and simple, natural beauty flowers bring to the home, every day, with a focus on foraged and locally and seasonally grown plants. I have applied some of her ideas in my own home and the simply act of gathering some fallen foliage from a blackbutt tree and plonking it in a rustic jar is the quickest and most satisfying way of bringing the outside in.