Book review by Cheryl Thompson – The master : the brilliant career of Roger Federer

The master : the brilliant career of Roger Federer – written by Christopher Clarey

Christopher Clarey, the author of this well researched and written biography has been a global sports correspondent and columnist for The New York Times and International Herald Tribune for over 25 years, and is one of the world’s leading authorities on tennis. So he is well qualified to write a biography on the tennis great Roger Federer,

He has covered Roger Federer since the beginning of the young Swiss national’s professional tennis career, and this entertaining and informative biography is based on 20 years of exclusive interviews with Federer, his inner circle of family and support team of professionals, and many of his greatest rivals. 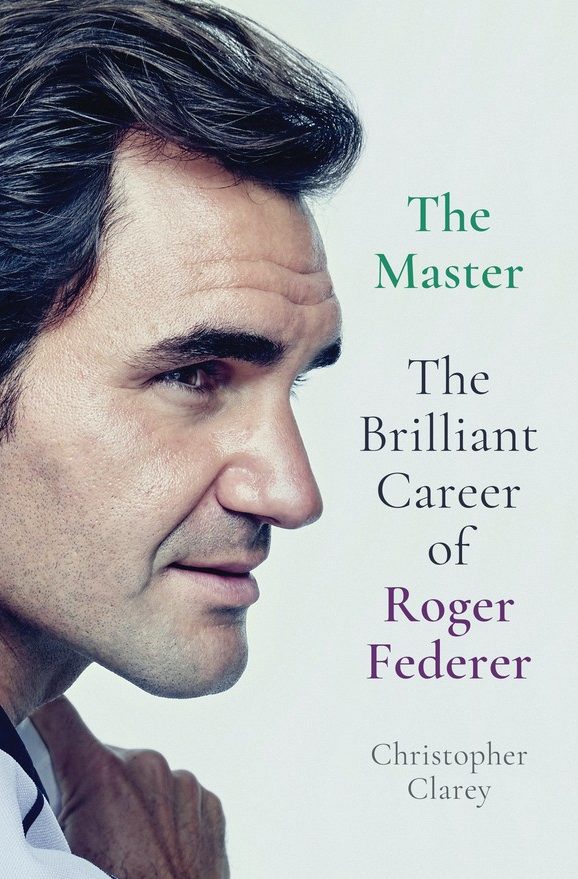 Now 40 years of age, and currently sidelined by injury, Federer has had a long and indeed brilliant career, being the first man to win 8 Wimbledon singles titles, and winning a record 20 major titles, a record he currently shares with Rafael Nadal and Novak Djokovic.

Federer has come a long way over the years from being a gifted but temperamental, inconsistent teenager who had to choose between playing tennis or soccer (interestingly, he was equally as talented at both sports, as was Nadal), to become the self-possessed, elegant, hugely respected champion and tennis global ambassador of today, beloved by fans the world over.

Multi-lingual (he can speak 8 languages), he is also an astute businessman who, in 2020 was named by Forbes as the world’s highest paid athlete worth a staggering $106.3 million! He has accrued this fortune through official tennis prize money, sponsorship deals, endorsements, and appearance fees.

Interviews throughout the book with rivals past and present, including Pete Sampras, Andre Agassi, Andy Roddick, Nadal, Djokovic and fellow Swiss Stan Wawrinka are interesting and insightful. Agassi was quoted as once saying “Most people have weaknesses and most people only have one great shot. Federer doesn’t have any weaknesses and has a few great shots. So that equates to a problem” (for his opponents).

Interviews reveal him to be a jovial, easy-going locker-room presence who has become close friends with many of those opponents. However once out on court, friendship is put aside, the game face goes on, and the grit and determination to win take over.

Also featured throughout the book are details of the people who have had a huge influence on Roger’s private life and long career, including his ever supportive parents, his relationship with former fellow Olympic tennis player Mirka Vavrinec who was to become Federer’s wife, mother of his four children, and his greatest supporter in life and in his career, and also the late Peter Carter, an Australian professional player and tennis coach who had a profound effect on Federer’s playing style and career. The death of his mentor in 2002 was felt as a huge loss by Roger and the tennis world in general.

I do not play tennis, nor am I a tennis “tragic”, but I do enjoy watching a great match of professional tennis and for me, Roger Federer is the best of the best. I love watching him in action – his style is so graceful and almost effortless-looking. Reading this comprehensive biography, I found it interesting to learn about his early years and the influences that have shaped him throughout his personal and professional life. A crowd favourite wherever he appears, I am sure that others will enjoy reading about this great sportsman – the man both on and off the court.