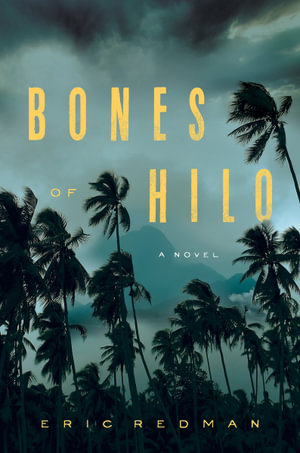 Bones of Hilo by Eric Redman

I really enjoyed this read.  Young detective Kawika Wong is on career making or breaking case on the up-market, resort side of Hawaii’s Big Island. Kawika is a mixed heritage Hawaiian – his estranged Dad known as Big Wong is an influential man with well respected native Polynesian and Chinese heritage while Kawika’s Mum was a white American lady or Howlie.  Kawika is a smart detective but because of his youth and mixed heritage he is faced with a lack of respect and assistance from the community and colleagues as he battle to solve the murder mainland developer Ralph Fortunato in what appears to be native sovereignty and reparations based pay-back. As more senseless murders follow Kawika’s suspicions are realized as deeper and darker criminal motivations are uncovered, but will Kawika get the chance to reveal the murderer before more killings occur; he is taken off the case; or he becomes the latest victim himself.

I really enjoyed this very compelling mystery.  I particularly enjoyed learning more about Polynesian culture and the history of Hawaii. 5 stars from me.